On the road and line on the water!

Fishing and the parallel stories of a different roadtrip through the United States where travelers interact with the inhabitants of the more remote locations of Real America.

After fishing in several places in Brazil and South America, where I rode in rivers with winds of more than 100km / h in Patagonia behind Trouts, fishing in the Oriximina River in the Amazon looking for Tucunarés, the rivers and calm rapids of São José dos Absent, the Atlantic Ocean that almost swallowed my car on the expansive beaches of Hermenegildo and El Buzon, I felt an uncontrollable urge to go further, to explore the world of fishing in more distant places.

So I went to the United States in 2010 to fish in the Madison River, in the state of Montana, in what became the first of many North American fishing trips. On the second trip, in 2012, I met my traveling companion, Anna Tscherdantzew, a Russian-American woman from Brazil who I married in the state of Oregon in 2014. With her I traveled on the B side of the United States, fishing and Places unexplored by tourism, some exotic and others of the purest essence of the American interior.

Thus came the idea of ​​On The Rod *, a documentary series focusing on fishing and the environment with several additional elements: a mixture of humor, travel, characters and unusual situations that only a roadtrip provides.

* On The Rod is a reference to the book On The Road, by the American writer Jack Kerouac. The title of the series is not just a pun between Road and Rod but also a summary of the essence of the series: The fishing and the parallel stories of a different roadtrip across the United States, showing its opulence and Decay, where travelers interact with the inhabitants of the places they go.

The central theme of On The Rod is recreational fishing in its different methods (line, with natural bait, fly, boarded or not) and its practice in different environments (rivers, lakes or ocean), mixing the preparation and event of fishing in Yes with a roadtrip through the American states.

Iotti and Anna are a couple interacting in the everyday of a non repetitive routine: fishing, road, hicking, camping and other activities already experienced in interior trips where he fishing and she works. 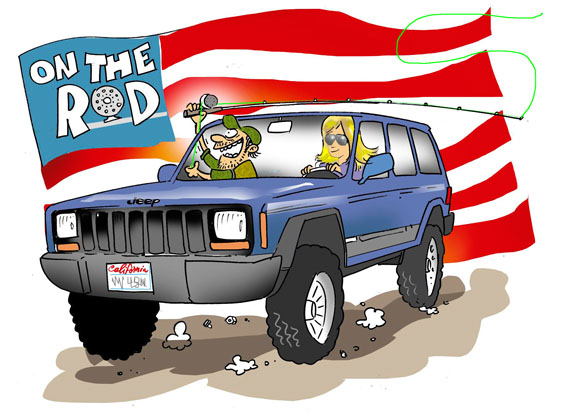 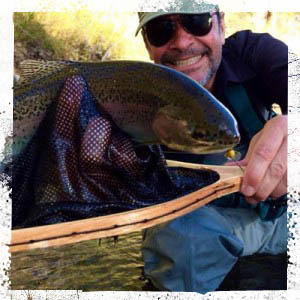 On The Rod’s central character. A freelance journalist, comedian, and fisherman, he has an extroverted personality and curiosity about different cultures and outsiders.

Fisherman of flyfishing mode, he is a marathon runner and outdoors enthusiast. She loves to learn to speak English and loves a barbecue. Father of Camila and Rafael is homely and connected in the family and loves to travel with his wife. Almost an anti-hero, he goes fishing but he’s going to do a lot of nonsense. 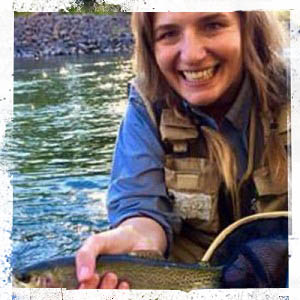 She is a costume designer, stylist and advertising designer who has become a professional traveler. Brazilian-American citizen divides his time between Brazil and the United States. She loves road, adventure and meeting places around the world, but she really likes talking and making friends anywhere. Her great passions are daughter Amanda, music, travel, the island of Florianopolis, cooking and Carlos Henrique (her third and last husband).

Meet Mr. Stone, a hilarious fly fisher who is the mascot of  On The Rod.

Playlist On The Road